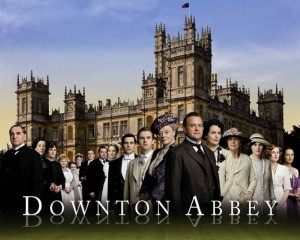 The Grantham family is full of intrigue as ever, and so far the third season has surpassed the second in narrative quality. Those craving the pure drama that comes with both servants and upper class need not be disappointed.

Unfortunately, because of the long gap in airdates the Internet is rife with spoilers and plot details. Even a simple Google search for the online version of the show can be hazardous — spoilers can be found in the second or third links of most search engines. Not even Facebook is safe. Don’t trust your Facebook friends, don’t trust Tumblr, don’t even trust Pinterest. The spoilers are everywhere.

Fear not, dear reader, this review will be free of any major plot details or character developments. Some minor spoilers are inevitable, but don’t worry: there won’t  be any earth-shattering revelations. However, this warning only pertains to season three — since it has been several months since the air dates of season two, I consider anything before season three fair game.

My main problems with the second season were the series of improbable and slightly ludicrous plot jumps. Matthew is suddenly able to walk, anyone? There was also the little matter of the entire episode devoted to an officer claiming to be one of the Crawley’s dead relatives, which I found creeped ever so slightly into the soap opera territory. The cast itself stayed up to their standard excellence, but the plot writing was ridiculous at times.

Season three — so far — fails to have the shortcomings of the last season.

Despite the show’s best attempts to have Matthew be my favorite character, I cannot help but be fascinated by the footman Thomas. He has been handled quite cleverly, and whoever came up with his character development is a mad genius. Thomas is easily the most complex character in Downton Abbey. First introduced as That One Gay Character, then the scheming footman, then the soldier, then the medic, Thomas has become fascinatingly  sympathetic to the viewer. It’s telling that the one gay character on this show isn’t made The One Gay Character, or characterized by his sexuality. It’s just a detail of his character like the scar on his hand. He’s scheming, but Downton shows us why he’s scheming and how.

The airing of the February 3 episode marked the first filler episode yet this season, but it plays to good effect after the intense drama of the episode before. Even filler episodes have their place — but sparingly, few and far between.

The root of the popularity of Downton Abbey lies somewhere between the appeal of a soap opera and the intrigue of the British Royal Family. The writers of the show are very smart — they mix the two worlds of the upstairs noble family and the downstairs servants well enough that it doesn’t feel like an awkward transition at all. By all rights, there are two shows in Downton Abbey, but the smooth transitions and overlapping storylines make it work.

Downton Abbey is a show of small moments. Maggie Smith’s Dowager Countess of Grantham is meant to represent the old Victorian values, but instead show us a woman full of wit and vinegar, willing to compromise for family while still being Old World. Though perhaps my favorite Dowager Countess moment is from season one, when she says, “Your quarrel is with my daughter, Rosamund, and not with me. So put that in your pipe and smoke it.”

The old Victorian values are rampant through Downton Abbey. The first episode sets it up admirably, when the Dowager Countess treats the brand new electric lights with skeptical aversion. It still carries through to season three, with new technological advancements of the day making their way through the Downton house.

Season three: so far, so good. The only worry I have is for the rest of the season. The actors are at the top of their game as per usual, but the future writing and plotting in general is a reason to be uneasy, given the show’s track record. But as long as the roller coaster is going up, I might as well enjoy the ride — and the ride is good.