First day. New school. Senior year. Mid-year. What could possibly go wrong? I came from small town Concord, North Carolina. When I heard that I was moving to a school that was four times the size of my school, I panicked. It had taken a long time to become a Robinson Rowdie and it was a drastic change to try and call myself a Penn Manor Comet.

When I first walked into Penn Manor, I could feel everyone’s eyes on me – even though nobody was looking. I was just another face without a name. It made me claustrophobic. No story to tell, aside from being a small town girl. I slowly started to melt in and not feel so “different.”

Then I noticed the real changes.

I went to a high school where everybody knew everybody. Our parents all knew each other. My history teacher taught my parents when they were in high school. A girl in my math class was my mom’s best friend’s daughter. I’d known my best friend since preschool. Our senior class was something like 150 students. Our overall student body was 1500 students – give or take. Nobody was mean to anybody. What I never thought about at the time…what I never HAD to think about back then was how nobody really bullied anyone else.  If they did, they would have the rest of the school to deal with and the bully’s aunt Mary would have called him and in one afternoon, that would have been the end of it – if it had started at all.

But Penn Manor has a couple thousand more students than Robinson and nobody is supposed to wave at people they don’t know.  Even your friends have a different idea about what constitutes “nice.” There is trash talking behind your “best friend’s” back and you laugh and don’t do or say anything about it. 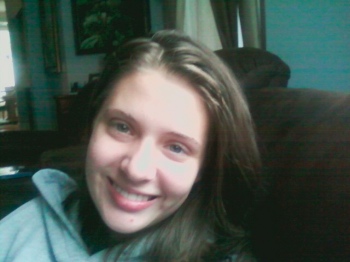 My slight southern twang to my voice is the first thing that irritated people. People thought it was funny.  They laughed and made me say things over and over to get a giggle.  My twang gets really pronounced when I’m angry. One group of students saw the worst of it when I caught them making fun a student: “What’s the point of ya’ll’s bullying? What release are ya’ll gettin’? Ya’ll know it bugs her so why keep up with the crap?” The group was shrinking away from me before long.  Was it my red face, my angry voice with its southern lash or just the overall vibe coming out of me from a girl they’d never seen before? One bully even went and apologized to the girl.

So I’m in my new school and learning a bunch of new things everyday. I’ve learned to watch what I say, who I talk to, even how I act around people. I don’t want to be that center of attention of people that I don’t know. Some just want a laugh and look for the most vulnerable person they can find. I’ve made sure that I’m not that person. I’ve stood strong about who I am and have stayed true to my way of life – respecting those who respect me and taking care of the weaker person, even if it’s me.