The Manheim community is not braking on teen driving issues but facing them straight on in an attempt to prevent another tragic injury or death.

The Manheim area has lost eight teens to driving accidents over the past two years, so the Manheim Lions Club and its community partners have decided to promote a defensive driving program called BRAKES to teen drivers and their parents.

“Some of the issues (accidents) are due to inexperience, and some are due to recklessness,” said BRAKES coordinator, Clayton Stitzel.

BRAKES stands for Be Responsible and Keep Everyone Safe, and some parents at Penn Manor are all for the program.

“Yea (I would recommend my kids to BRAKES), I get nervous sending them out there because of their inexperience,” said one parent who works at Penn Manor.

“But I wouldn’t go because my kids get nervous with me in the car, rather than an instructor being with them,” said the parent. 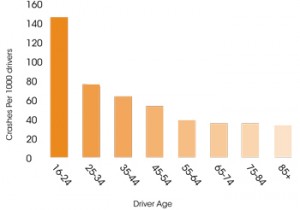 BRAKES was founded in 2008 by Doug Herbert after his two teenage sons were tragically lost in a car accident, according to the Lancaster New Era.

Since then, more than 3,000 students from 19 different states and two countries have participated in the course.

“It’s not us teaching a teen to drive rather than the parent; it’s a community-parent partnership,” said Stitzel.

The club recently informed Donegal High School about BRAKES because they lost a teen to a vehicle accident not too long ago.

Although there have been numerous teenage deaths due to driving incidents.  Those accidents don’t make some interested in programs like BRAKES.

“I drive more cautiously after my accidents, not others,” said Nicole Harnish, a Penn Manor student.

The course begins with a half-hour lecture, then the majority of the program is spent driving with an instructor, states Lancaster New Era.

This course may perhaps would be more beneficial to teens than they really think.

The BRAKES program will continue to be available to teen drivers and their parents.

To participate in the course go to www.putonthebrakes.com and look for “Driving Schools” and “Schedule” tabs.