Jon Arthur Boxleitner, a history teacher, a author, a Marine veteran, and a coach without a team.

Well he has a team, it’s just not a very experienced one.

As the smell of spring occasionally taunts Penn Manor students and teachers, thoughts turn to warmer weather, flowers, even tennis.

But for Boxleitner, his work is cut out for him this year.

“We will be hard pressed to get wins,” said Boxleitner, affectionately called “Box” but his colleagues.  “We lost our top eight players…in a year that the our league is moving from a five-varsity player format to a seven.”

“This will be a rebuilding year for us.”

Previously, a high school boy’s tennis season the varsity consisted of the top five players. Players “Challenge Match” other players which is to try to beat them in the determined amount of sets given by Box, to steal their spot in the rankings. But now in the 2012 season the league rules have changed to increase the varsity slots from five to seven. Most teams will be thrilled with this update to the rules, but this high school might not be ready for the challenge with the eight best players off to college.

But Boxleitner is no stranger to challenging opportunities.

He served a three-year enlistment in the Marine Corp and said the best part of it was, “the travel and serving our country in uniform.”

In 1996 Boxleitner came to Penn Manor and started teaching with his bachelors in speech communication and he later earned his masters degree in political science. 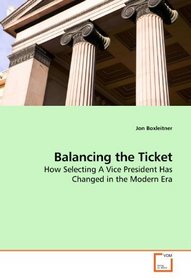 In September  2009 Boxleitner published his first book “Balancing the Ticket: How Selecting A Vice President Has Changed in the Modern Era.”

The 100-page paperback is about how he feels the selection of the U.S. Vice President has changed from 1968 to the present.

Boxlietner has always been happy with each phase of his life.

“Never thinking my glory days were behind me,” he said.

With that out of the way, he said the phase of him getting married, and having young children was rewarding, yet challenging.

“I can’t say that I’ve had one seminal moment that has driven me to success in any particular area,” recounted Boxleitner.  “I seem to arrive at things through a process. However, I will say that I did have an awesome professor in college that got me deeply interested in politics, which drove me into teaching.”

But now in 2012 he is teaching his own created course Government and Economics, and coaching a small tennis team that lost eight of its top players last year with graduation, but the team is still hopeful and ready to have a “ace” season.