The National Defense Authorization act is set to to be signed into law Thursday. The bill will allow for the removal of due process of American citizens who have been accused, without evidence, of being a suspected terrorist.

Not everyone at Penn Manor, or the country for that matter, has been following the issue but those that have, have strong opinions.

Penn Manor junior Haley Smith said “Every person deserves a fair trail, If you’re an American in America you should have your right to a fair trail.”

The National Defensive Authorization Act would give the U.S. military the ability to detain and arrest American citizens on U.S. soil indefinably without due process if someone is suspected of involvement in terrorism. The U.S. government believes that those deemed as “terrorists” are “special cases” and cannot be given due process which is why they were kept in Guantanamo bay. With this bill passed, nothing technically could stop the government from labeling  someone a terrorist, arresting that person and putting him or her before a military tribune.

In other words “guilty until proven innocent.”

Penn Manor Junior Ben Murphy said “If they’ve done nothing wrong they have nothing to be afraid of” in regard to the possibility that these new powers might be abused. 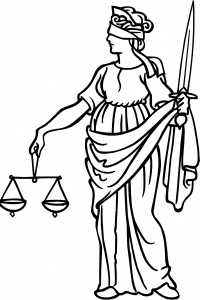 The part of the bill in question can be found in section 1031 where it defines the entirety of U.S. territory as a battleground. While the wording in this section is vague, near the end of the bill it comes back to the issue and confirms US citizens are included in the bill. In essence the bill states that any US citizen accused by the White House of being a suspected terrorist will be subjected to military law.

“Why would you accuse your own people of terrorism?” asked Penn Manor Junior Emily Stotoft.

The NDAA was a bill drafted in a private session not open to the public by several U.S. senators. It has already passed the Senate, 86-14 and in the House, 283-136.

Obama had previously promised to veto the bill but sources indicate that he is now going to sign it. A veto from the president would not be enough however as the Senate would be able to override the veto with such overwhelming bipartisan support.

“By signing this defense spending bill, President Obama will go down in history as the president who enshrined indefinite detention without trial in U.S. law,” said Kenneth Roth, executive director of Human Rights Watch. “In the past, Obama has lauded the importance of being on the right side of history, but today he is definitely on the wrong side.”

Obama has taken heat from civil liberties groups for his support for the indefinite detention of Bradly Manning without trial or due process. Bradly Manning is known for leaking classified documents that provide evidence of war crimes committed by U.S. forces in Iraq and Afghanistan to Wikileaks.

Republican Presidential candidate and long time Libertarian Ron Paul have been one of the only influential public figures to attack the bill for its violation of civil liberties.

“This is a giant step – this should be the biggest news going right now – literally legalizing martial law,” said Paul.

“This is big,” emphasized Paul, adding, “This step where they can literally arrest American citizens and put them away without trial….is arrogant and bold and dangerous.”

While many Americans and students at Penn Manor may think that this does not effect them, and that suspected “Terrorists” do not deserve a fair trial or human rights. These people may be interested in the fact the the U.S. Department of Defense lists “protests” as an activity that warrants suspicion of low-level terrorism.  With this law you can be arrested and indefinitely detained without due process or a fair trial for protesting in the United States of America.

Some fear the new law would correlate with events that led up to Nazism in Germany.

One thought on “Habeas Corpus Lost for U.S. Citizens Suspected of Terrorism”