Apple’s tree of influence continues to grow and now they hold a new moniker, being more valuable than Poland.

It was revealed last week that the software and computing giants GDP has continued to grow as many analysts expected after there initial jump in stocks about a month ago. Apples new height, $500 billion.  With this amount Apple has become the fifth most valuable company in history topped only in the past by Microsoft, Cisco, Exxon Mobil, and General Electric.

“I think the company’s past growth is unsustainable,” said Charlie Reisinger the technology director for Penn Manor school district.  “Typically, the larger a corporation becomes, the more difficult it is to grow rapidly. My guesstimate is that Apple will experience the same slowdown.”

But as this company continues to grow schools become more and more apprehensive of the prices of their products, including Penn Manor.

“The high school received virtually all of the existing Macbooks as part of the PA Classrooms for the Future grant. At the time, we decided on the Mac platform (the more expensive option) due to the poor implementation of the grant’s hardware/Windows Vista combination.” said Reisinger. “Districts are now faced with replacing the aging equipment. Needless to say, the costs associated with replacing hundreds of laptops is enormous.”

Apple after discontinuing their basic Macbook last year is now offering a stripped down Macbook air for $1000 to high schools.

“The “special” school Macbook Air includes a mere 64GB hard drive, 2GB of non-upgradeable RAM, lacks an ethernet network port, and contains no DVD drive. With paltry specs for a thousand dollar laptop, the replacement Air is not a satisfactory long-term solution for our students and teachers,” said Reisinger

So with a rapidly aging fleet of white boxes and no cheap apple solution in sight what is Penn Manor to do about laptops in the future?

“Lenovo’s ThinkPad Edge is one of many alternatives we could consider.,”Reisinger said. “HP, Dell, Acer, Samsung and others have low-cost, high-quality laptops worth review. PC laptops would offer dual boot options for Linux and Windows, giving our teachers even more computing platform choices without compromising on software selections.” 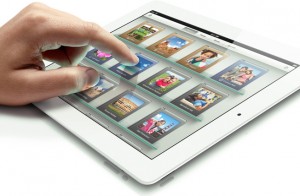 ts the same $500 price tag as older models, it is hard for district administrators to see any cheap Apple laptops on the horizon to potentially replace Penn Manor’s aging fleet.

Reisinger summed up the whole situation by saying, “Fundamentally, it is not worth the expense just to have a brand name on the devices used in the district. Education is about the student–not the logo.”