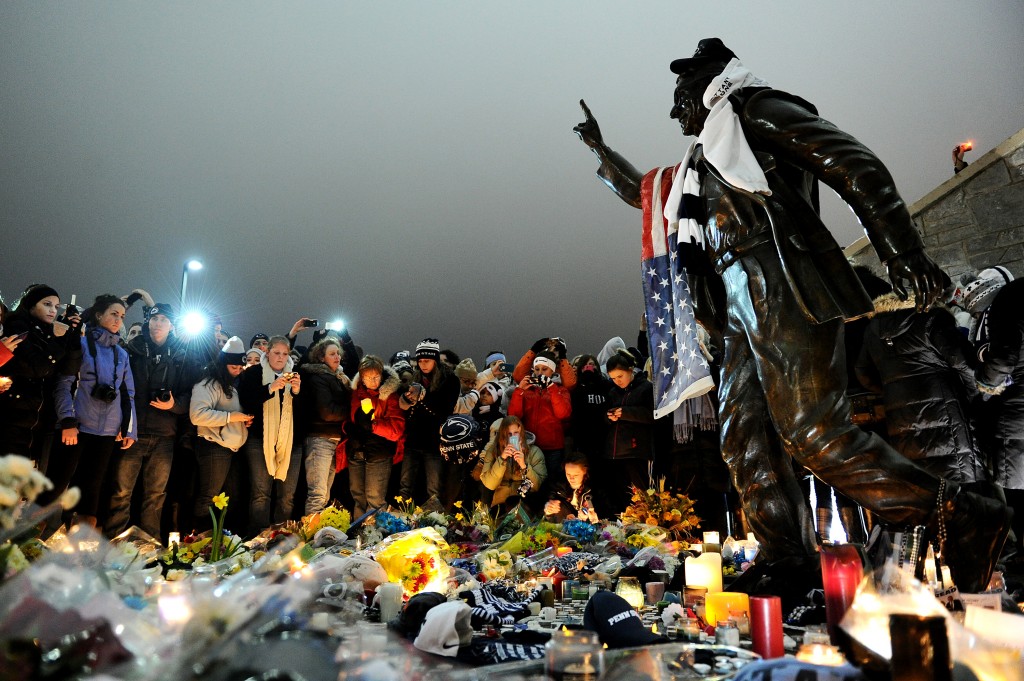 STATE COLLEGE, PA – JANUARY 22: Students and those in the community gather around the statue of Joe Paterno, the former Penn State football coach who died earlier in the morning, outside Beaver Stadium on the campus of Penn State on January 22, 2012 in State College, Pennsylvania. Paterno, who was 85, died due to complications from lung cancer. (Photo by Patrick Smith/Getty Images)