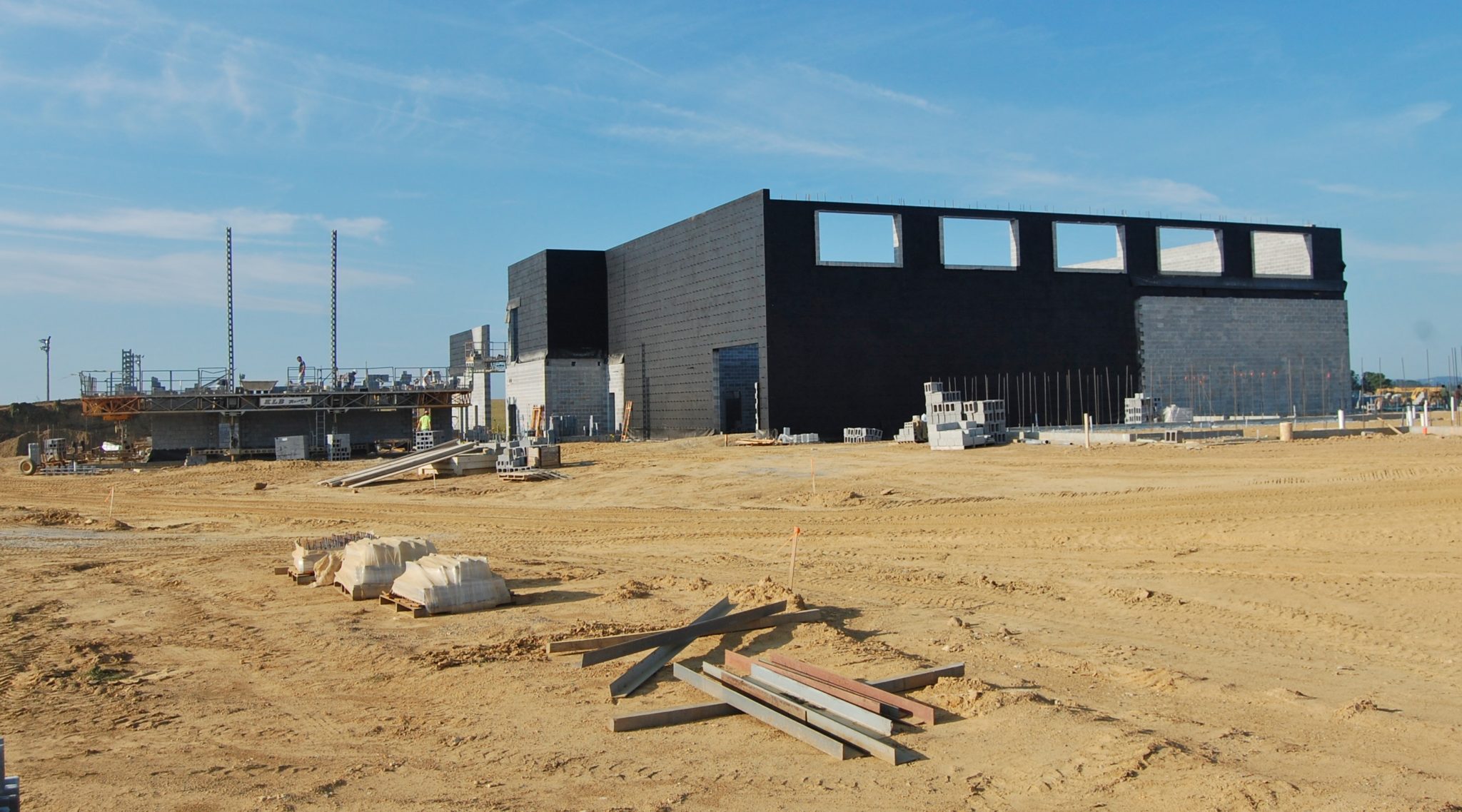 If you’ve recently driven by Manor Middle School, you’ve probably noticed the construction site of the new Hambright Elementary School. Currently, the school is scheduled to be finished on August 16, 2014 and will hold students for the 2014-2015 school year, according to Mr. Denny Coleman, the district’s manager of buildings and grounds.

“We’re certain we’re a week ahead of schedule, but we don’t know what winter will bring,” said Coleman.

With an average of 80 workers on the job daily right now, the gym and the fifth and sixth grade wing are both under construction. Once December and January roll around, the site is expected to hit its peak at an average of 130-150 employed workers.

“We are sequencing the construction of the building from the back to the front,” said Coleman.

According to superintendent Dr.  Mike Leichliter there are several benefits for the elementary school being so close to the middle school. For those students involved in accelerated math, they have access to classes at the middle school.  Also, shared parking will generate more options for times of overflow.

The new school will accommodate 440 students with four classrooms for each grade level and it will also offer greater capacity.

“There is a possibility of an increase in enrollment,” said Dr. Leichliter.

And as for the old Hambright building? A commercial real estate business is selling it for the district. Private schools to apartment contractors have looked at the school so far.

One thought on “Construction continues on new Hambright Elementary School”