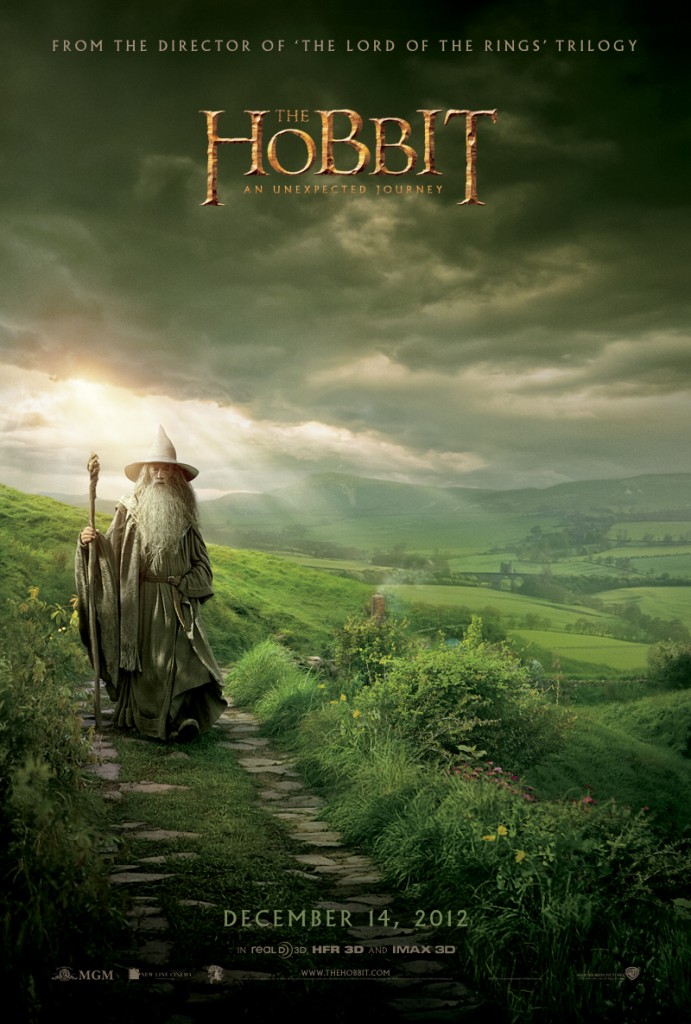 The Hobbit, a three-part series directed by Peter Jackson, launched with its first release, An Unexpected Journey, on December 14. Director Peter Jackson is well known for his work with the Lord of the Rings trilogy, and it is no surprise he has decided to continue making films based on Tolkien’s work. Now, I found The Hobbit to be a very good movie, but is it as good as it could be?

First of all, there are a couple things I noticed fairly quickly into the film.

1) Obviously there were some heavy special effects put into the film. The characters look almost exactly the same in The Hobbit as they did in Lord of the Rings, despite a lengthy time difference. Also, the scenery and a lot of the shots in The Hobbit seem to be very spiced-up visually. Whether or not that was intended, it still gives off that vibe.
2) The Hobbit is lighter and more humorous than Lord of the Rings. The Hobbit had me laughing (or at least smiling) many times throughout the film, but it still had the action scenes that people love. Things like that are what make me really enjoy a movie.

For me, the more important criteria for a good movie is a good plot. Now, although Mr. Jackson and New Line Cinema and, well, anyone involved in creating this film are not responsible for the original story (based on the book The Hobbit by J. R. R. Tolkien), most of everything from the movie is fairly accurate when compared to the book..

Next, what makes a great movie is some sort of action. Not needless, this-explosion-looks-cool, let’s-show-off-our-special-effects action, but action that is well-choreographed and makes sense with the film. The Hobbit does this well, but there is one thing that I didn’t like too much: the repetition. The main characters in this movie are constantly thrown from one near-death situation to another and somehow made it out alive. It became quite predictable by the third time it happened. That said, the situations were always nerve-racking and made me feel worried. They were also all pretty original for the most part.

Another contributing factor to a good film is the ending. Since The Hobbit is a three-part series, obviously the first movie was going to end in such a way that it makes you want to see the next movie. A fairly common way of doing this is using the cliffhanger technique, which The Hobbit uses. After watching a movie that seems almost interminable (The Hobbit is almost three hours long), I think any ending would seem abrupt, but when I saw it in theaters it was pretty obvious that the movie was coming to a close.

The last thing that a movie needs is an amazing soundtrack. Music is what sets the tone for the production. One of the reasons I’ve seen the Lord of the Rings trilogy more times than I care to admit is because it has one of the best soundtracks I have ever heard. In The Hobbit, they kept some of the same songs (which I loved) and added some great, new ones. All in all, the music is perfect.

So, after considering what I think makes a great movie, I can say that, yes, The Hobbit: An Unexpected Journey is as good as it could be. It’s a movie I plan to see many times in the future. Naturally, there are some things that could be fixed (the three-hour run time, maybe), but this movie is something to remember. Or see, if you still haven’t done that.