The Penn Manor girls soccer team has received their eighth straight NSCAA All-American Team Academic Award, one of only 242 high schools in the nation to achieve this outstanding honor.

The girls varsity soccer team maintained a 3.76 GPA last year. For the team to be considered for the award, members of the team must have a 3.25 or higher grade point average among them. With a GPA of 3.76, the Penn Manor girls ranked number one public school team in our league and one of the top public schools in the state.

“My academics come first,” said senior Emmy Hess. “Because without academics you can’t be on the field.” 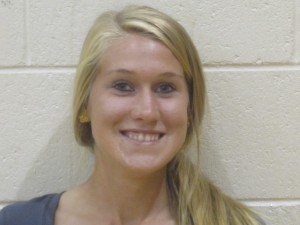 Senior Katie Brenneman is on the team who won the NSCAA All-American Academic Award.

“It takes hard work and dedication,” said senior Megan Wilson. “It’s a lot of traveling, and then you have to come home and do homework as well.”

Receiving one of these awards is remarkable… But eight straight!?

“We have study sessions for the girls every time we have a night game. This gives the girls time to make up work, and do some homework,” said Zapata.

“I don’t think it’s a coincidence that these girls do well academically. They understand our expectations, even during the off-season,” said Zapata.

Hopefully the excellence displayed by the girls in the classroom, will translate to the field this coming spring.